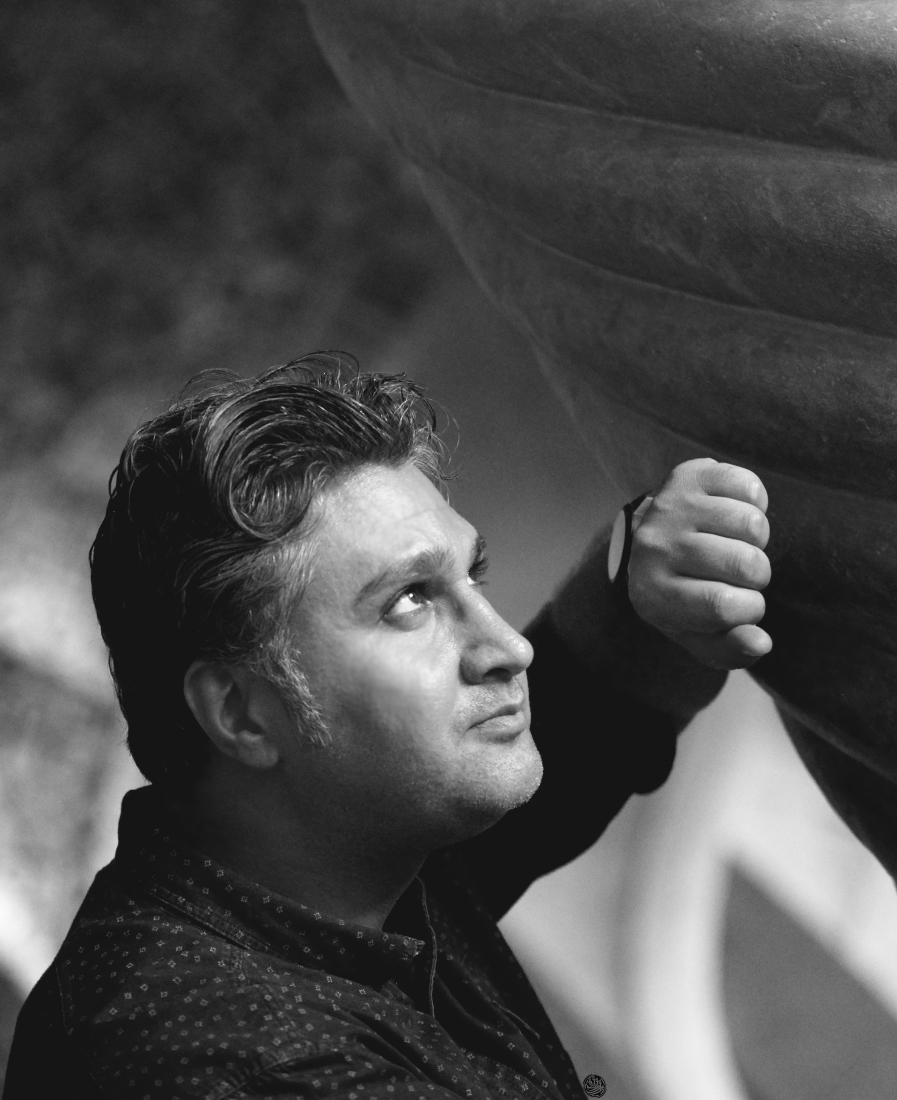 Ali is an Iranian visual artist, graphic designer with seven years of experience in journalism, and the founder of the first virtual artistic international festival in Iran.

He is also the chief executive officer of “Afdesta” studio and art gallery. Ali is graduated in graphic design and a member of the Iranian graphic designers association (IGDS).

He started his professional career as a graphic designer and art director for different companies & cultural events since 2002. His works have been exhibited in several national and international festivals.

Ali was also an art and corporate identity mentor of several startup weekends. He is also a designer of more than 200 jewelries and charms in Persian typography of “Delan fashion company”.

In his artworks, Persian typography is used as the major part of designing, Modernity, 3D forms and typeface in his works combine the traditional structure and Calligraphy. Now Ali is working on writing, instructing, sculpture and designing.

The Biography in Persian!